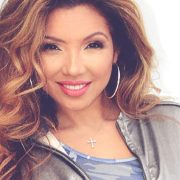 Eileen Cruz is a singer and recording artist who’s made music with the likes of Snoop Dogg and Fat Joe, but discovered a greater purpose for her talent early on and has been using her gifts ever since towards creating Christian music. I spoke with Eileen about her life journey, what this pandemic has meant for her and the importance of having good relationships.

In a nutshell, who is Eileen Cruz?
I was born in NY and came from a large Puerto Rican family. I’m originally from Bushwick but was raised in Long Island. When I say I come from a large Puerto Rican family, I mean that I’m one of 25 cousins – so I’m proud to have grown up around a lot of love.
I went to Lynbrook High School in Long Island, which was predominantly Jewish and Italian, and I was one of the few Puerto Ricans to attend. I also lived in Wilmington, NC for a short while when I was younger. My step-father was a respectable Cuban American and a federal agent who was in charge of Cape Fear which is what brought us there. I was unique growing up in a sense. Being of Puerto Rican descent and tanned skin, I was often looked at as different and exotic, but I never once was treated with prejudice. I just thought,
“Okay I’m just a little more tan than everyone else,” but really never paid attention to our differences. I firmly believe that my upbringing gave me a well-rounded mentality and perspective towards life.

How did your singing career start?
I was in high school when my mom and I decided to move back to NY to be closer to our family
due to her getting divorced. As soon as I got settled I got word from friends that a local high
school was doing recording sessions for songs and were in need of background singers. I started
singing backup in many different recordings in the suburbs of Brooklyn and Queens and people
began to realize that my voice recorded well. In addition to singing back-up I would sing solos in
high school, but my parents always viewed singing as more of a school activity, not a career
move.

How did you get over your parents’ views?
I became close with video director Jessy Terrero who helped evolve my talent for singing into
more than just a school activity. It was helpful to receive affirmation that I could make a living
out of my passion and develop my craft into a career. I was terrified at first but I did it. My
mentality shifted from fear to, “Okay what do I do?”.
Before I knew it, I started doing projects with famous acts like The Beatnuts, Tony Touch, and Fat
Joe during the launch of his career. I befriended John “Gungie” Rivera who was a big-time
promoter, DJ, and producer and he became a life-long friend. I was also working with producer
Daniel “Danny P” Pierre and wrote and sang on a famous band’s anniversary album performed in
the Kompa style for the Haitian community. I was able to record in Paris so that was really
amazing and lots of fun.

A few years later, Jessy did a movie called Soul Plane and gave me an opportunity to sing on
the soundtrack. I recorded the parody “Survivor” for the movie in about 20 minutes and to this
day I literally get a check. I’ve recently noticed more listens, probably because people are in
quarantine. Keep ordering it please haha.

What happened after “Soul Plane”?
I relocated to LA and got together with a band doing corporate events, weddings and bar
mitzvahs. I had experience performing live music since my time in NY performing with
Italian-American bands. Playing with these bands gave me the ability to sing in multiple
languages including Spanish and Italian. I think singing gives you more of an ear for language
and so it became easy to pick up. Singing in other languages and performing live also helped me
get over stage fright because I would continually practice non stop and I’d obsessively learn new
songs. I had a hunger and passion for singing live and would sing big songs like “Power of Love” by
Celine Dion and “I Will Always Love You” by Whitney Houston. I’d learn them in detail and sing
them to a T. Most times, I found that I succeeded in singing them well. I felt that I was able to
really connect and I received really positive reactions from listeners which built up my confidence.

How did you get into singing Christian music?
The trials and errors of life and certain disappointments in general are what mainly took hold of
my heart for most of my adult life. I wasn’t in great relationships, I came from a divorced family,
and I was engaged to be married and ended up breaking it off for fear of divorce. I always had a
lot of Christian friends in my life who consulted me, “You should marry a Christian man and sing
for the Lord”. My response while laughing was, “I’m going to LA! What are you talking about? I’m
gonna be the next JLO”. They were praying for my life and that I would sing for Jesus.
Eventually my dad became a Christian. He told me, “The Lord placed all of these friends around
you for a reason. It’s no coincidence baby girl. Take heed, because tomorrow is not promised”,
At the time while I was going through a life-altering breakup, I thought, “This is definitely a God
thing”. My whole life changed and reversed. I didn’t even sing for a good year because I wanted
to learn about who this God is and I say is because He’s the great I am, not the great I used to be
haha. So I stayed idle and went to church and bible studies and began to gain new friends. Then
my ex-fiancé started following me because of me following Jesus and asked me, “What’s
happening to you?”. I told him, “I don’t know. I just know that I’ve been saved,”.
I’ve been a Christian for 11 years and not a perfect one at that. When you become a Christian,
some people have an epiphany moment that changes their life immediately, for me, because I
developed such a callused sense of disappointment it took more chiseling. I’ve always been a
conservative girl, I occasionally hung out and partied, but I was never big on doing drugs. It was
my experience with relationships that really took a hold of my life. At the end of the day, I
realized if you’re not for God, then you’re against Him. It’s not about how good of a person you
are. We all actually fall short of His glory. He’s perfect and we are not. 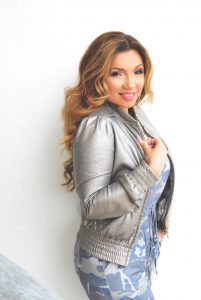 How has your quarantine been? What’s your outlook on our world’s current situation?
In the beginning when it all started I remember asking God to please give me the guidance to understand. I had known about stories in the Bible that talk about pestilence and plague, but I just didn’t imagine that I’d be living in these times. This has never happened in history, maybe
an epidemic or a localized plague, but for something like this to be global it just has never happened before.
So I asked God, “How can you utilize me? Show me treasures in the darkness and show me how I can minister to other people.” Since then I’ve been on Zoom, I started doing Bible studies and an hour of worship every Monday online. It’s developing more and more and people are
getting word about it. We sing 4 or 5 songs or however long it may take. So far that’s where I’ve been at. Finding ways that God wants to use me during this pandemic and with technology today, the sky’s the limit. I have a full studio at home that I’m putting together to livestream
worship cover songs and whatever worship songs I write, I can launch on social media and share with a greater audience.

In addition to sharing your music and faith with others, what has quarantine given you
the time to do?
I’ve never been a tech savvy person so I’ve been learning how to hook up a studio at home. I’ve
also been doing a lot of Zoom online writing sessions. Once this pandemic ends I can record all
that we wrote. Communication with my family is everything. We are very close and very comical
to say the least. Although I have an outgoing personality, I’m also slightly introverted and private
so I’ve been trying to push myself against that and get out of my own way.

Can we have a sneak peek on anything you’ve been working on? Any future music
prospects coming soon?
I do have some songs recorded. I had an agreement in place for distribution but it’s still pending
as I’m looking for a certain direction to be wholeheartedly Christian in my music. I want to talk
about God. Call me a fanatic if you like, but that’s what He wants from me, unashamed. I
suffered enough without Him. I know that He’s on my side, so my careful decisions are based on
where He’s leading me.

What are you most grateful for during your music career?
I’m happy to have been surrounded by amazing and genuine people. There have always been
people looking out for me. I worked with Snoop Dogg on a song that was never released and
Snoop said, “You’re too good of a soul for this industry”. My longtime friend “Gungie” always
looked out for me. It was just spirit-to-spirit, good people protecting their own. There were so
many people out there who would tell me, “Little sister we want to protect you”. Tyrese was
always like a good friend out in LA, always checking on me asking, “What’s going on? What are
you doing?”. Tony Touch would help me tremendously on tracks. I sang for the U.S. troops in
Japan and had my own 1 hour solo performance and he guided me. He wanted me to win like a big brother. I’ve been really blessed to have good people around me.

Getting the chance to speak with Eileen was a great reminder of how we need to search for hope
during this pandemic and how we should constantly look around us for the good people in our
lives. We may be separated, but in modern times there are so many ways for us to stay
connected.