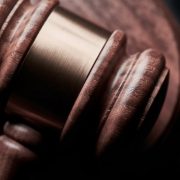 President Trump has selected Judge Barrett after thorough review of her outstanding qualifications and record.

·         After a thorough decision-making process, President Trump found Judge Amy Coney Barrett to be the ideal candidate to fill the vacant seat on the Supreme Court.

·         The White House Counsel’s Office carefully studied and analyzed the writings and background of every person on President Trump’s list of potential nominees.

President Trump publicly released the names of potential Supreme Court nominees to choose from if there were a vacancy, allowing the public greater insight into the process than ever before.

·         In an unprecedented move of transparency, President Trump released the names of potential Supreme Court nominees before his election in 2016, and he has periodically updated his list, ensuring that it always contains the finest legal minds in the country.

o   President Trump transparently laid out his vision for the federal judiciary for the American people.

o   This allowed the American people the opportunity to vote with a clear understanding about his future appointments to the Court.

·         President Trump fulfilled his promise to voters when he selected Justices Gorsuch and Kavanaugh from his public list, and he has done so again by selecting Judge Barrett.

·         The American people elected the President in 2016 and expanded the Senate’s Republican majority in 2018, making clear their approval of the President’s judicial selections.

·         President Trump has been up front in informing the American people about his priorities in choosing a nominee for this lifetime appointment.

What You Need To Know | Judge Amy Coney Barrett’s Exceptional Legal Experience, Expertise, and Judicial Record Make Her the Right Choice to Serve on the Supreme Court

“Apart from matters of war and peace, the nomination of a Supreme Court justice is the most important decision an American President can make.” – President Donald J. Trump

THE RIGHT CHOICE FOR THE COURT: Judge Amy Coney Barrett will serve the American people with honor and distinction on the Supreme Court.

·         Judge Barrett’s extensive experience as a professor and litigator, record of academic success, and outstanding judicial record make her an excellent choice to serve on the Supreme Court.

o   Judge Barrett is currently serving the American people on the Seventh Circuit Court of Appeals.

·         Judge Barrett has demonstrated a steadfast dedication to upholding the Constitution as written, and not legislating from the bench.

o   Judge Barrett’s excellent judicial record shows she will protect the rights of Americans and defend the rule of law.

·         Judge Barrett’s character and work ethic have earned her awards and bipartisan praise from the legal community.

o   Judge Barrett’s colleagues at Notre Dame Law School signed a letter supporting her 2017 nomination, calling her “a model of the fair, impartial and sympathetic judge.”

o   In 2017, a bipartisan group of law professors – including professors from Harvard and Stanford and other law schools around the country – urged the Senate Judiciary Committee to confirm Judge Barrett to the Seventh Circuit, describing her work as “rigorous, fair-minded, respectful, and constructive.”

·         Since 2017, Judge Barrett has served on the U.S. Court of Appeals for the Seventh Circuit after she was nominated by President Trump and confirmed on a bipartisan vote.

·         Judge Barrett was appointed by Chief Justice John Roberts to sit on the Advisory Committee on Federal Rules of Appellate Procedure, where she served from 2010 to 2016.

·         Judge Barrett practiced both trial and appellate litigation in Washington, D.C. at Miller, Cassidy, Larroca, & Lewin, and at Baker Botts.

·         Judge Barrett worked for more than 15 years in academia, shaping the next generation of legal minds and supporting the professional development of her student.

PROVEN RECORD OF SUCCESS: Judge Amy Coney Barrett has received numerous awards as a result of her excellence as a legal scholar and professor.

·         Three graduating classes at Notre Dame Law have selected Judge Barrett as the “Distinguished Professor of the Year.”

·         Judge Barrett served as a Visiting Associate Professor of Law at the University of Virginia Law School.

PRESIDENT DONALD TRUMP: “Today, it is my honor to nominate one of our nation’s most brilliant and gifted legal minds to the Supreme Court. She is a woman of unparalleled achievement, towering intellect, sterling credentials, and unyielding loyalty to the Constitution: Judge Amy Coney Barrett.”

PRESIDENT TRUMP: “Judge Barrett is a graduate of Rhodes College and the University of Notre Dame Law School. At Notre Dame, she earned a full academic scholarship, served as the Executive Editor of the Law Review, graduated first in her class, and received the law school’s award for the best record of scholarship and achievement.”

PRESIDENT TRUMP: “Upon graduation, she became a clerk for Judge Laurence Silberman on the U.S. Court of Appeals for the District of Columbia. Amy then received one of the highest honors a young lawyer could have, serving as a clerk on the Supreme Court for Justice Antonin Scalia.”

PRESIDENT TRUMP: “Before joining the bench, Judge Barrett spent 15 years as a Professor at the University of Notre Dame Law School. She was renowned for her scholarship, celebrated by her colleagues, and beloved by her students. Three times, she was selected at Notre Dame Distinguished Professor of the Year.”

PRESIDENT TRUMP: “Amy is more than a stellar scholar and judge, she is also a profoundly devoted mother. Her family is a core part of who Amy is. She opened her home and her heart, and adopted two beautiful children from Haiti. Her incredible bond with her youngest child, a son with Down Syndrome, is a true inspiration.”

PRESIDENT TRUMP: “If confirmed, Justice Barrett will make history as the first mother of school-age children ever to serve on the U.S. Supreme Court. To her children Emma, Vivian, Tess, John Peter, Liam, Juliet, and Benjamin—thank you for sharing your incredible mom with our country.”

PRESIDENT TRUMP: “Amy Coney Barrett will decide cases based on the text of the Constitution as written. As Amy has said, ‘Being a judge takes courage. You are not there to decide cases as you may prefer. You are there to do your duty and to follow the law wherever it may take you.’ That is exactly what Judge Barrett will do on the US Supreme Court.”

PRESIDENT TRUMP: “Judge Barrett was confirmed to the Circuit Court three years ago by a bipartisan vote. Her qualifications are unsurpassed – unsurpassed – and her record is beyond reproach. This should be a straightforward and prompt confirmation.”

PRESIDENT TRUMP: “I further urge all members of the other side of the aisle to provide Judge Barrett with the respectful and dignified hearing that she deserves—and frankly that our country deserves. I urge lawmakers and members of the media to refrain from personal or partisan attacks.”

PRESIDENT TRUMP: “The stakes for our country are incredibly high. Rulings that the Supreme Court will issue in the coming years will decide the survival of our Second Amendment, our religious liberty, our public safety, and so much more. To maintain security, liberty, and prosperity, we must preserve our priceless heritage of a nation of law and there is no one better to do that than Amy Coney Barrett.”

PRESIDENT TRUMP: “No matter the issue, no matter the case before her, I am supremely confident that Judge Barrett will issue rulings based solely upon a fair reading of the law.  She will defend the sacred principle of equal justice for citizens of every race, color, religion and creed.”

JUDGE AMY CONEY BARRETT: “I am deeply honored by the confidence that you have placed in me. And I am so grateful to you and the First Lady, to the Vice President and the Second Lady, and to so many others here for your kindness on this rather overwhelming occasion. I fully understand that this is a momentous decision for a president, and if the Senate does me the honor of confirming me, I pledge to discharge the responsibilities of this job to the very best of my ability. I love the United States, and I love the United States Constitution.”

JUDGE BARRETT: “A judge must apply the law as written. Judges are not policymakers and they must be resolute in setting aside any policy views they might hold.”

JUDGE BARRETT: “Our children obviously make our life very full. While I am a judge, I’m better known back home as a room parent, car poll driver, and birthday party planner.”

JUDGE BARRETT “It is important at a moment like this to acknowledge family and friends, but this evening I also want to acknowledge you, my fellow Americans. The President has nominated me to serve on the United States Supreme Court. And that institution belongs to all of us.”

JUDGE BARRETT: “If confirmed, I would not assume that role for the sake of those in my own circle and certainly not for my own sake. I would assume this role to serve you. I would discharge the judicial oath which requires me to administer justice without respect to persons, do equal right to the poor and rich, and faithfully and impartially discharge my duties under the United States Constitution.”

JUDGE BARRETT: “I never imagined that I would find myself in this position, but now that I am, I assure you that I will meet the challenge with both humility and courage.”