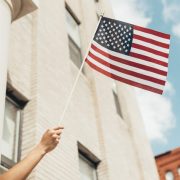 “We will safeguard our values, traditions, customs, and beliefs. We will teach our children to cherish and adore their country so that they can build its future.” – President Donald J. Trump

·         The President is hosting a White House Conference on American History to address the way some have distorted America’s history.

o   The conference is bringing together a diverse group of professors, scholars, and historians to discuss the approach to teaching American history and to assist educators across the country.

·         The President took executive action to ensure that those who seek to destroy our history by tearing down our monuments are prosecuted to the maximum extent under the law.

·         At the President’s direction, the Trump Administration is in the process of building a National Garden of American Heroes, which will feature statues memorializing extraordinary citizens who made positive contributions to America.

The President is fighting against the left’s attempt to instill radical, misleading, and unpatriotic history curricula.

·         Divisive and distorted histories of America propagated by people like Howard Zinn and the New York Times’ 1619 Project, seek to erase from memory America’s tradition of liberty, freedom of expression, and self-determination.

o   Though the 1619 Project has been criticized as inaccurate by multiple prominent historians, it has already been disseminated in 4,500 classrooms across America.

·         According to polling, over a third of young Americans now believe other countries are better than the United States, and only 20 percent are “extremely proud to be an American.”

Photo by Paul Weaver on Unsplash