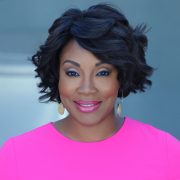 “Backstage Pass to the Movie Industry” is an online educational school that was created by Angela White.  We feature special guest speakers once a month to discuss their background, journey and how they started within the entertainment industry, as well as a variety of mentorships, online courses and programs.  We like to feature various types of industry experts, who are actors, producers, directors, writers, attorneys, publicists, etc., who can give thorough information and tips on how to break in and succeed within the entertainment industry.  Many people from all over the world do not have access to “industry insiders” and the school was created to help bridge the gap between “Hollywood” and the every day person striving to break into the business.  We want to pull back the velvet rope for others and create a warm and nurturing environment in an industry that some people call toxic.  We believe that through coaching and advising, we can help build a new generation of actors, writers, producers and directors.  We call our students, “Dreamers With Purpose,” who are just looking for a way in and to be intelligently informed that there are many ways to succeed within entertainment.

Backstage Pass to the Movie Industry

As a new evolution in the movie industry emerges, one of the people breaking down barriers and leading the way is Angela White, a film producer and member of the Producer’s Guild of America, who specializes in creating compelling commercial stories with a distinct multi-cultural perspective. Angela White is the founder of Silver Lining Entertainment, LLC, a family owned Multimedia Entertainment Company based in Los Angeles, California.

As an executive, filmmaker, entrepreneur, producer and talent manager, Angela has not only worked shoulder to shoulder with the Hollywood elite, she has opened the velvet rope for newcomers by guiding their careers and giving several stars of today their big break. Angela’s films have been highlighted on ABC News, CBS, Good Morning America, Fox News, Bravo’s Watch What Happens Live, Washington Post, NY Times, USA Today, LA Times, Variety, Hollywood Reporter, Deadline Hollywood, Huffington Post, The Real, and Dish Nation, just to name a few.

Before the fame, Angela started out like most do in this industry, with nothing more than a dream. A native of New Jersey, Angela graduated from the University of Delaware with a Bachelor of Arts degree. She then received a Master of Arts degree in Political Science from Rutgers University and obtained a Juris Doctorate degree from New York Law School. Instead of following the cautious path of a legal career, Angela bet on herself and took her dreams to Hollywood. She quickly became the go-to manager for comedians and comedic actors. That grew into her producing and managing comedy shows, which she continues to do today as the series creator and Executive Producer of “The Comedy Underground Series,”the first original comedy stand-up show from RLJ Entertainment (the company owned by BET founder Bob Johnson and AMC Networks).

Angela recently made history, by becoming the first African American woman to produce a theatrical faith-based film, entitled “A Question of Faith,” which stars Kim Fields, Richard T. Jones, C. Thomas Howell, GregAlan Williams, Renee O’Connor, Jaci Velasquez and TC Stallings. It was the first faith-based film in history to screen for members of Congress on Capitol Hill. The film also accomplished a rare feat in the movie business receiving an A+ Cinema Score. On average, less than five movies a year receive this top honor. Cinema Score surveys film audiences after they see a movie to rate their viewing experiences with letter grades. “A Question of Faith” received an A+ across all demos.

As a highly sought after connection in the professional circles of the film business, Angela utilizes her portfolio and skills to continue opening doors for others to enter. As a motivational speaker, educator, and mentor, Angela created “Backstage Pass to the Movie Industry,” an online school, which features a curriculum using her keen understanding and perspective on the challenges people face in show business, and the path to make your Hollywood dreams come true.

Angela will continue to produce feature films and Television content from a multi-cultural perspective that will advocate social change to help our society be a better nation.